Soth: three examples of how the game works

I recently ran a game of Soth at a local convention. This post describes a few moments from that game, and demonstrates how the rules were used.

In Soth, you play cultists in a small-town, trying to summon a dark god. If you complete three more rituals, Soth will rise. The question: can deceive your family and friends, while you commit murders perform the necessary sacrifices?

The cast of characters

The cultists in our game were:

The cult has just completed the first of four rituals to summon Soth, sacrificing a homeless war veteran. The Farmer decides to feed the body in a wood chipper, then take the body parts out into the woods.

In the woods, he starts scattering the mince among the autumn leaves. And then meets a local truffle hunter and his dog. The Keeper (the person providing the antagonism in the game) has used the rules to introduce someone they don't want to see and start a conversation.

The Farmer tries to appear innocent, while the truffle-dogs starts sniffing at the meat-covered leaves.

In conversation, a cultist needs to use the Mask of Sanity rules: choosing from a list of increasingly worse options that signal all is not well with the cultist.

The Farmer starts explaining that the dog should really stopping sniffing around ... because he's disposing of infected pig meat. He finish his explanation with the phrase, "Praise Soth".

Soth uses a diceless system to evaluate how suspicious the cultists are being. When a cultist deceives someone, the Keeper evaluates how they did, using this list:
The Farmer pulls it off flawlessly, and his reputation is an advantage. The Keeper removes 3 Suspicion. To reflect that success, the truffle hunter later starts spreading a rumour in town that there's a disease affecting the local pigs.

When a cultist covers up a crime, the Keeper evaluates that, too. In this case, the mince-the-body-and-hide-it-in-leaves plan isn't totally perfect. The Keeper gains 2 Suspicion. 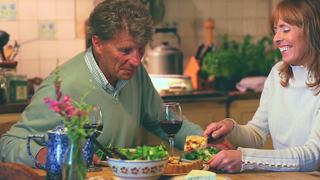 The Mayor's wife has been slowly poisoning her husband, and he's now bed-ridden and in agony.

The cultists are meeting at the Mayor's home, in the kitchen. They're discussing how to transport the Mayor to the Town Hall, to sacrifice him. And they're deciding who they can sacrifice next to him at the same time.

That's when the Deputy Mayor rings the front door-bell. He's dropped by to see why the Mayor hasn't shown up for work [introduce someone they don't want to see].

The Keeper creates Investigators by spending Suspicion. Suspicion is also used to put the cultists under pressure. Earlier in the game, the Keeper created an Investigator: a church busy-body who is concerned the Pastor's wife neglecting her duties and spending too much time with war veterans.

The Keeper spends 1 Suspicion to have the busy-body waiting outside the house (show up somewhere inconvenient).

The young lawyer cultist has grabbed a cast-iron skillet. He smashes the Deputy Mayor on the back of his head when he walks through the kitchen door. The young lawyer is attempting to commit a crime.

I actually mis-applied the rules here. This should have been a conflict (see below), where the young lawyer had all the advantages. Instead, I applied the rules for when you try to murder someone. The Deputy Mayor isn't an investigator and no reason to be suspicious, so it succeeds.

In this particular situation, either way the results are the same: the Deputy Mayor is knocked out and ready to transport to Town Hall for the second ritual.

The second ritual ends with most of the evidence being destroyed.

... except for the evidence of arson. When you cover up a crime, the Keeper assesses its effectiveness. The Keeper gains 3 Suspicion for an obvious crime.

It's the final stages of the game.

The pastor's wife has stolen the Tome of Soth from the widow's home, in order to be able to command the servitor herself.

The cultists have decided to perform the final ritual at night, on the front lawn of the church, under the queasy milky light of Soth (a bright new star in the sky). 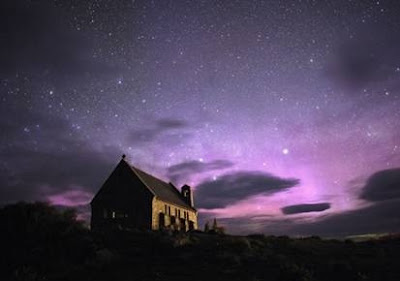 Here's the situation:
The pastor's wife immediately commands the servitor to kill the busy-body her husband's protecting. This initiates a conflict.

The Keeper establishes the characters' intended actions for this round.

Characters act in this order:
So, the servitor acts first, trying to kill the busy-body. But the pastor is protecting her, so the servitor grabs the pastor to throw him aside.

The Keeper evaluates the effectiveness of a character's action, by assessing:
The servitor has giant strength, the initiative, a fearsome appearance, and no disadvantages.

So it flings the pastor far into the air: his body hits the church steeple and clangs the bell. The Keeper assigns an injury (ranging from 'stunned' to 'dead') and/or a non­-injury effect. In this case, the pastor is dead.

The young lawyer has a lower Clarity than the Mayor's widow so he acts first. The Keeper evaluates effectiveness: the lawyer is stronger, and charging towards the widow. A non-injury effect is appropriate: she's is knocked to the ground.

The widow goes next. Because she's seized the initiative, she can change her action without acting at a disadvantage. She elects to try and tussle with the lawyer and end up on top of him. The Keeper evaluates effectiveness and assigns an effect: the lawyer slammed into her with momentum. The two of them are on the ground, but no-one's clearly on top. They're still struggling.

The pastor's wife acts last. She is trying to murder the sacrifice. Not only does he lack arms and is suffering from massive blood loss, but he's a non-investigator.

The conflict continued but I'll stop there. It was a fun game: one that ended with a rare victory for the cultists.

Hopefully those examples are clear.  Let me know if you have any questions!